In the first film, “Kingsman: The Secret Service”, all of the Kingsman agents wore Special Edition Rose Gold watches made by the British company Bremont specifically for the movie. These watches came on an alligator strap, and the trainees wore Kingsman Special Edition DLC watches as Kingsman trainer Merlin (played by Mark Strong) wore the Kingsman Special Edition Stainless Steel Model of the watches worn by the agents. Only 1,100 of these models were made in total and sold to the public during the movie’s 2014 release. In fact, the company’s founder, Nick English, made a brief appearance in the movie! 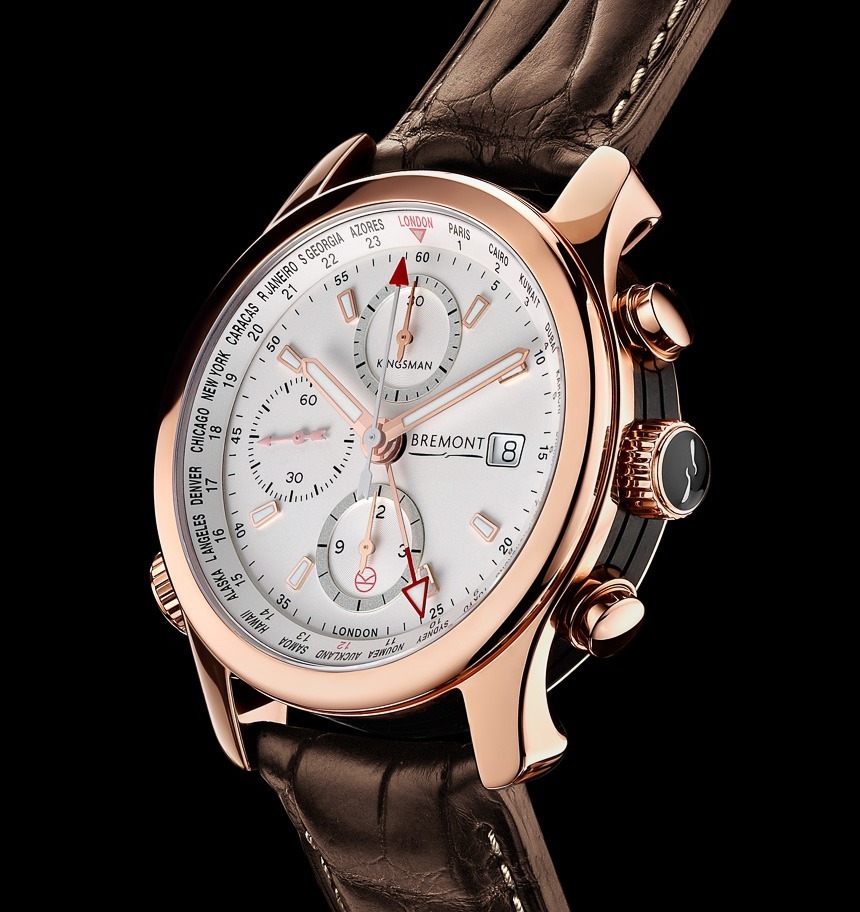 The rose-gold Bremont watch worn by the Kingsman agents in the first movie. (Source: A Blog to Watch)

The second installment in the series had director Matthew Vaughn turn to the Swiss watch company TAG Heuer, specifically their Connected series of smartwatches, for the movie, as Vaughn wanted a smartwatch that was also elegant enough to match the Kingsman agents’ aesthetic. However, none of the mainstream brands fit this quality enough in Vaughn’s opinion. He came across TAG Heuer’s Connected watches while watching television, and believed they were perfect for the movie. TAG Heuer was glad to work with Vaughn, because featuring their watches in the films could potentially support their business plan of appealing to a younger generation. All of the Kingsman agents in this movie had Connected watches with a classic leather strap, while Eggsy wore one with an orange velvet strap to match the jacket he wears in the film. However, the agents of the corresponding American spy organization Statesman wore Tag Heuer Monaco Calibre 11 watches in the film.

Companies typically use product placement in movies and TV to promote their goods, and watches can fall under this category as well. More specifically, the “Kingsman” movies have their main characters wear both Bremont and TAG Heuer watches while fighting crime. This isn’t just showing that high-quality people wear these watches, but high-quality young people are wearing these watches, too, as millenials are a key demographic to marketers. This is due to them being more likely to be consumers than other generations of people.